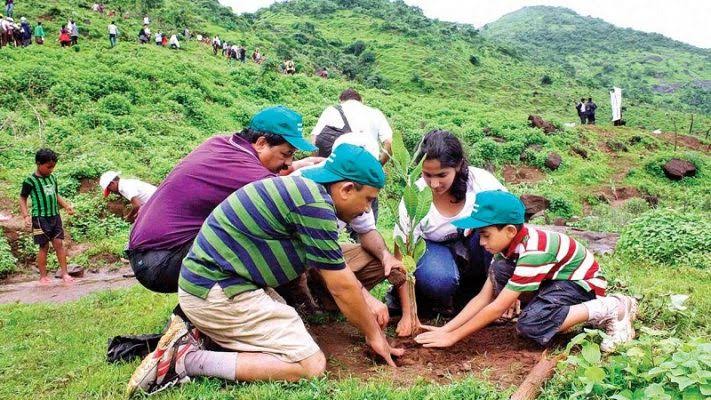 Last year, The Independent, a UK-based newspaper, reported that unscientific planting of trees was causing environmental damage instead of the benefits. The UK government had carbon sinks in mind when it ordered the planting of trees in large
numbers, but planting in peatlands and wetlands destroyed soil quality and led to more emissions. India, with plans to create a 3 billion tonne carbon sink from forests by 2030, seems to have failed to learn from this episode.
A study by the Legal Initiative for Forest and Environment (LIFE) states that tree plantation under the National Clean Air Programme is just a target-driven exercise with little planning and application. In Delhi, for instance, trees were planted in the Eastern and Central Delhi region, whereas polluting clusters like Dwarka, Mundka, Narela and Bawana were left out.
In other cities, the situation was the same. In Hyderabad, out of the 43 plantations done, only one was in a pollution hotspot. In Chandigarh, parks and community centres were chosen as preferred locations. Moreover, the report states that the tree species planted were either ornamental or incompatible with the local conditions and barely absorbed any emissions.
With drastic climate change becoming an unyielding threat, India needs to become more scientifically rigorous on tree plantation. If not, then the results will be as disastrous as the UK example showed. So, the states and the Centre need to reimagine regulation with local environmental contexts in mind.

Biodiversity Park coming up at Kakoijana in Bongaigaon district.

Earth will have a new temperature record