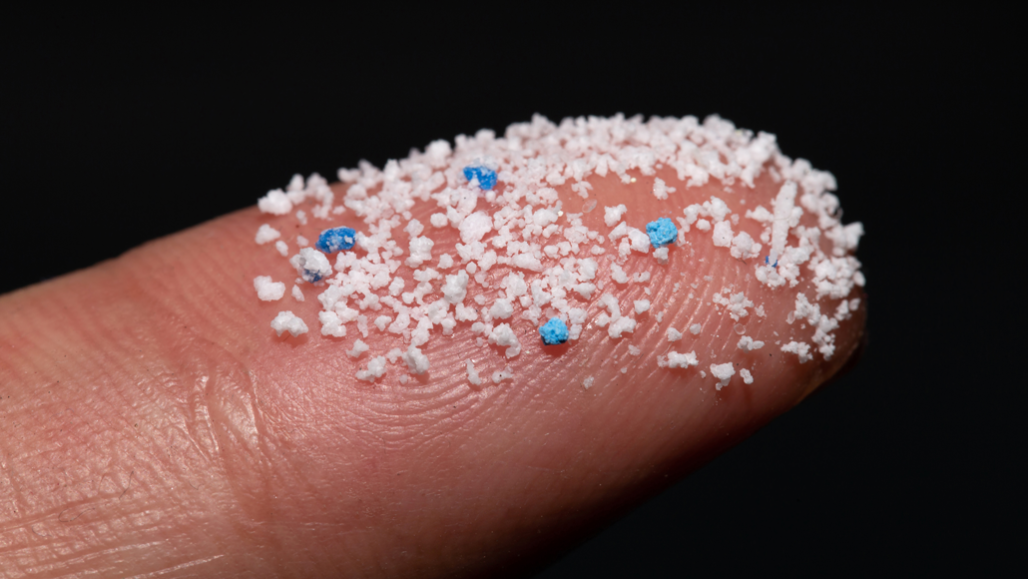 Microplastic pollution is now “spiralling around the globe”, according to a study of airborne plastic particles.

Researchers said human pollution has led to a global plastic cycle, akin to natural processes such as the carbon cycle, with plastic moving through the atmosphere, oceans and land. The result is the “plastification” of the planet, said one scientist.

The analysis calls plastic pollution one of the most pressing environmental issues of the 21st century. It indicates that the billions of tonnes of plastic discarded into the oceans and land and being broken down into tiny pieces are being thrown back into the air by road traffic and winds over seas and farmland.

People are already known to breathe, drink and eat microplastics and the other research suggests levels of pollution will continue to rise rapidly. The scientists said this “raises questions on the impact of accumulating plastics in the atmosphere on human health. The inhalation of particles can be irritating to lung tissue and lead to serious diseases.”

Prof Natalie Mahowald, at Cornell University in the US and part of the research team, said: “What we’re seeing right now is the accumulation of mismanaged plastics just going up. Some people think it’s going to increase by tenfold [per decade]. But maybe we could solve this before it becomes a huge problem, if we manage our plastics better, before they accumulate in the environment and swirl around everywhere.”

She said clearing up ocean plastic could help reduce the amount that gets thrown back up into the atmosphere, and that more biodegradable plastics could be part of the solution.Advertisementhttps://0dcbe9d192870c6dce26e47709f4fa7a.safeframe.googlesyndication.com/safeframe/1-0-38/html/container.html

The research, published in the journal Proceedings of the National Academy of Sciences, examined airborne microplastics, which have been far less studied than plastic in oceans and rivers.

The team had more than 300 samples of airborne microplastics from 11 sites across the western US, the best dataset available globally. These were the basis for atmospheric modelling that estimated the contribution from different sources, the first such study to do so.

Virtually none of the airborne microplastics came directly from plastic being discarded in cities and towns, the scientists found, but were the result of road traffic and winds across oceans and farmland whipping up plastic particles already in the environment.

“We thought population centres would be a much better source, obviously, but it just didn’t work out that way,” Mahowald said. “Resuspension [of microplastics] makes the most sense with this set of data.”

They found that roads were the dominant factor in the western US, linked to about 85% of the microplastics in the air. These are likely to include particles from tyres and brake pads on vehicles, and plastics from litter that had been ground down. The oceans were estimated to be the source of about 10% of the airborne plastics in western US, and soils 5%.

The researchers extended their modelling work to a global level and this suggested that while roads are also likely to be the dominant driver of airborne plastics in Europe, South America and Australia, plastic particles blown up from fields may be a much bigger factor in Africa and Asia.

The modelling showed that smaller microplastics can remain in the atmosphere for a week, long enough to be blown across continents. It also showed plastic pollution will be falling on Antarctica.

The scientists said the lack of observations in many parts of the world meant there were significant uncertainties in their estimates. Their work shows in particular a lack of data on plastics in the air above the oceans. They said work to understand the sources and consequences of microplastics in the atmosphere should be a priority.

Prof Andreas Stohl of the University of Vienna’s Faculty of Earth Sciences, and not part of the study team, said: “What humans have been doing for decades now is what I call a ‘plastification’ of the landscape and oceans.

Stohl said: “The study confirms the global-scale nature of microplastic transport in the atmosphere and does a good job in highlighting highly relevant and concerning possibilities, but more measurement data is needed to get a better idea of the sources.” He added, “People should be concerned about airborne microplastics. Firstly, because they will inhale it and it is very likely that this will have some health impacts. And secondly, because the atmosphere is a great distributor. It transports plastic particles to regions where we definitely don’t want to have them: agricultural fields, national parks, oceans, the Arctic, even Antarctica. Eventually, we will have extremely high concentrations of plastics everywhere.”

Microplastic pollution has been detected across the planet, from the summit of Mount Everest to the deepest oceans. The revelation in December of small plastic particles in human placentas was described by scientists as “a matter of great concern”.