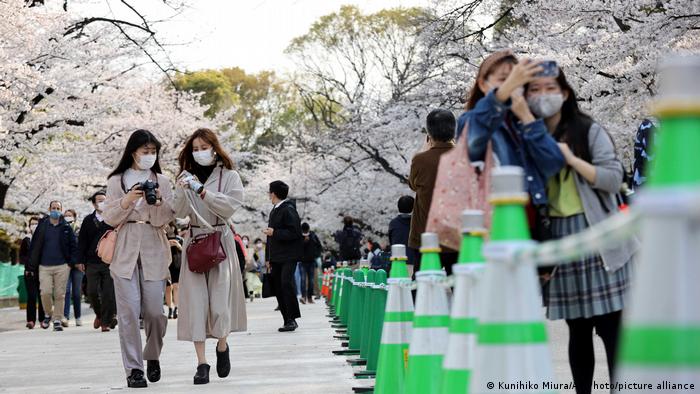 Traditionally, cherry blossom season starts in early to mid-April with residents in Kyoto holding “hanami” celebrations underneath trees to watch the flowers bloom.

The full bloom, or Sakura in Japanese, historically occurs on 17 April – but in more recent times, warmer and earlier springs have meant earlier blooms, according to climate change experts.

Between 1971 and 2000, this specific type of tree was found to bloom on average a week earlier than all previous averages recorded in Kyoto – so 2021’s bloom is the result of a long-standing trend.

“Evidence, like the timing of cherry blossoms, is one of the historical ‘proxy’ measurements that scientists look at to reconstruct past climate. In this case, that ‘proxy’ is telling us something that quantitative, rigorous long-term climate reconstructions have already told us – that the human-caused warming of the planet we’re witnessing today is unprecedented going back millennia,” says climate scientist Michael Mann.

Scientists have tracked the Japanese cherry blossom 732 times since the year 821, the longest and most complete seasonal record. Image: Kyoto has witnessed the earliest cherry blossom since 1409 and experts believe this is due to climate change

While flowers on the cherry tree bloom across the world, they hold cultural and historical significance in Japan.

In ancient Japan, farmers used the bloom to know it was time to plan rice crops and now the bloom represents hope, spring, beauty and new life.

People celebrate by flocking to parks where the trees are planted and have picnics with friends and family, although COVID-19 restrictions have put a stop to many of these this year. 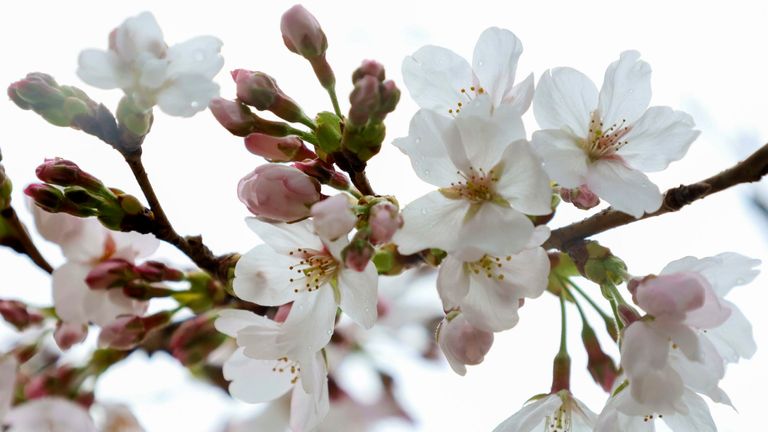 Image:While several countries witness cherry blossom season at the start of spring, it has cultural and historical significance in Japan

While parts of Japan are seeing a premature blossom, in Hiroshima, Osaka and Niigata, the yellow dust has been seen again instead.

The Japan Meteorological Agency says the seasonal yellow dust will arrive and reduce visibility by 10km.