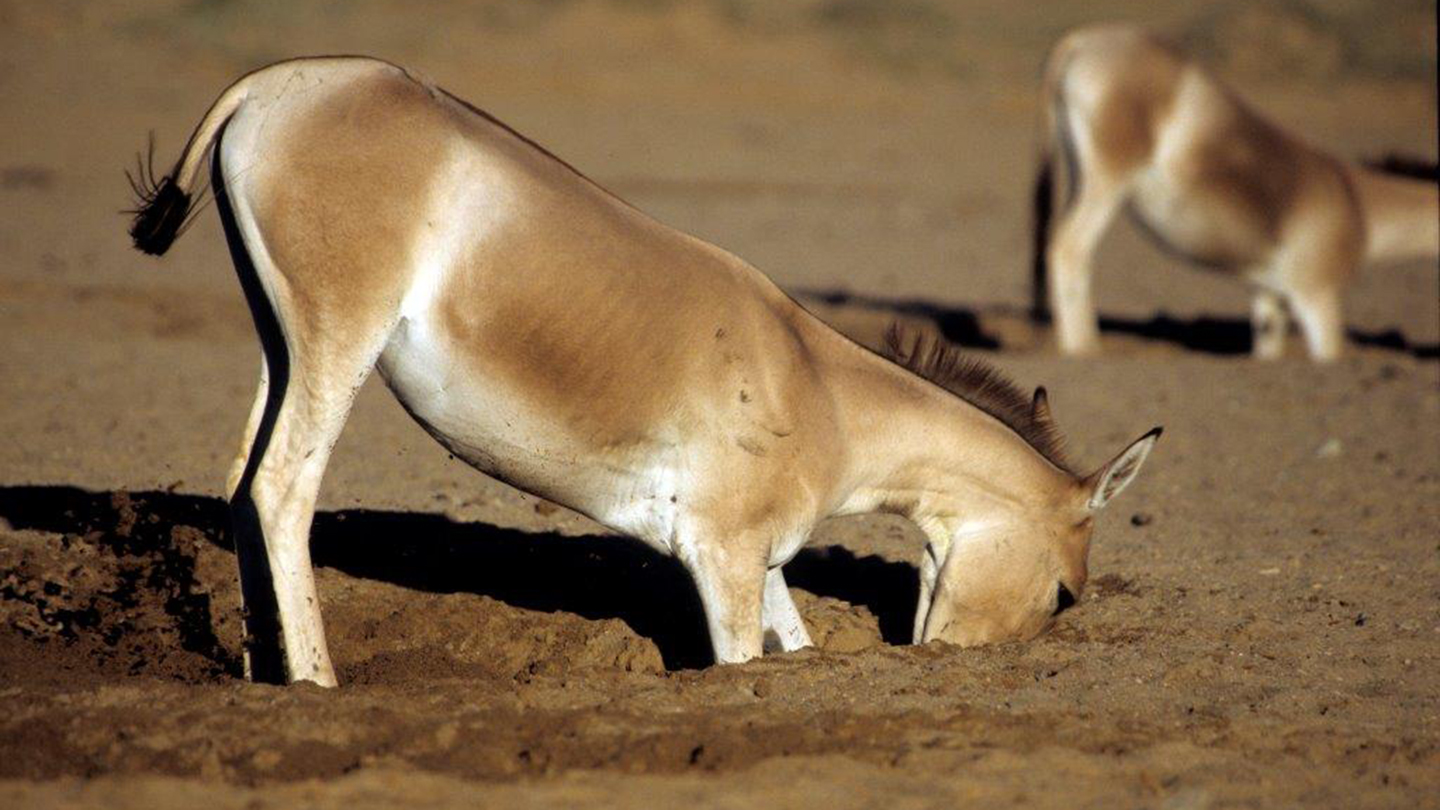 A new study published Thursday showed that, apart from the man, the donkeys are also friends with desert animals and plants. They dig deep wells in the sand that act as a vital source of water, especially at the peak of summers.

Biologist Erick Lundgren, lead author of the paper in Science, said he first began noticing the phenomenon while working in western Arizona as a field technician studying river systems.

“People just didn’t think it was worthy of scientific attention,” said the scientist, who is now at the University of Technology Sydney.

Lundgren had read about African elephants digging wells that were the only source of water for other animals during the dry season, and wanted to know if horses and donkeys might play a similar role in America.

The idea was intriguing, “especially since donkeys and horses are considered agents of biodiversity harm” as they are not native species in the region, he said.

Over the course of three summers, he and his team surveyed sites in the Sonoran Desert that stretches across Arizona and California.

They documented the relative contribution of wells dug by horses and donkeys compared to the surface water that was available to animals from desert streams, some of which are intermittent while others are permanent.

The team also set up camera traps to learn how other animals were utilising the wells.

They found that wells dug by the “equids” (any member of the mammalian family, Equidae, that consists of horses, donkeys and zebras) to depths of up to six feet (two meters) increased water availability for many native desert species, and decreased the distances between important water sources during dry periods.

The wells were especially important during the hottest and driest parts of summer when they served as the only available water source in some areas.

Lundgren said the horses and donkeys acted as “buffers” against the extreme variability of desert streams from year to year.

“The donkey wells kept water in the system. And these features were used by pretty much every species you could picture, including some surprising ones like black bears, that we didn’t expect to see in the desert,” he said.

Other species that flocked to the wells and were caught on camera included mule deer, bobcats, Woodhouse’s scrub-jay and javelinas.

The team even spotted some river tree species sprouting from abandoned wells, indicating they also serve a role as plant nurseries.

Horses and donkeys were introduced to the Americas by Europeans to assist with the colonization of the continent, but their use declined with the advent of the internal combustion engine.

Since then, they have been studied as “invasion biology,” said Lundgren, which does not consider them to be a part of the local wildlife.

But this thinking is too tunnel-visioned and has prevented scientists from having a more nuanced understanding of their effects on their ecosystems, he argued.

Lundgren and his colleagues said in their paper that the wells will be increasingly important as human activity and climate change reduces the number of perennial streams in these regions.

Another element to the story is that the behavior of modern horses and donkeys might have an “ancient precedent,” said Lundgren.

Horses, elephants, and other large animals that roamed North America until a mysterious extinction event around 12,000 years ago could have once fulfilled a similar role.

Sunny Days Are Not The Only ‘Good Days’