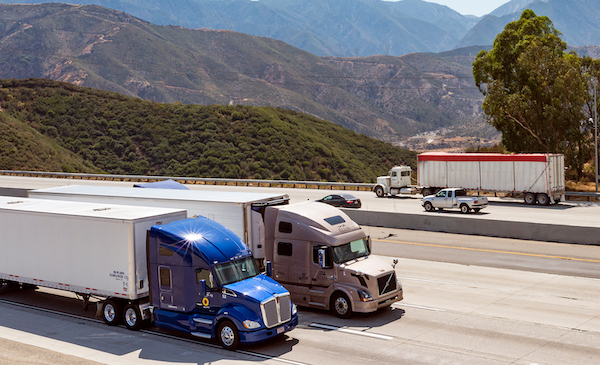 Climate experts say that we must make “rapid, far-reaching and unprecedented changes” to limit global warming by 2030 before the results become irreversible, according to the United Nations Intergovernmental Panel on Climate Change.

In the transportation sector, however, most of the focus now is on electric vehicles. EVs do hold a lot of promise, but in many applications, such as commercial trucking, EVs cannot meet current performance and financial requirements. The result is that these are continuing to run on petroleum diesel and delaying carbon reduction strategies.

but they do not need to. There are clean fuels that work in existing diesel vehicles with no modifications required, such as biodiesel and renewable diesel. They also offer significantly lower greenhouse gas (GHG) emissions than petroleum diesel.

In fact, using the highly regarded California model to calculate the carbon intensities (CIs) of fuels, known as CA-GREET, Renewable Energy Group calculated the CI reductions for the best-in-class biodiesel versus the following options:

As we near 2021, no one should be surprised by the urgent needs of the environment, and that is why fleet operators, their customers, their investors, and policymakers should look to fuel options that can make a difference right now.

Invest in the environment

Fortunately, the reverse is also true. Just like all of our GHG emissions have a cumulative multi-year negative impact, every emission we avoid has a cumulative beneficial multi-year effect too.

This is why retirement professionals advise to start saving when we’re young rather than waiting until we’re older. And this is why adopting cleaner-burning fuels now will dramatically decrease the cumulative emissions of the fleets. Instead of waiting, commercial and public fleets should seek out lower-carbon fuels that they can use today.

The best option is biodiesel. It’s a well-established, cleaner-burning alternative to petroleum diesel made from renewable resources that are typically waste or byproducts from other industries, including recycled cooking oil, waste animal fats, and byproduct vegetable oils. These feedstocks are directly or indirectly derived from plants, with their energy coming from the sun, not fossil resources.

A newer way of using biodiesel is blending it with renewable diesel into a single fuel with better properties than either fuel by itself alone. Renewable diesel

Advertisement
is made from similar feedstocks as biodiesel, but it has a different production process and different specifications. Renewable diesel can be a good fuel alone and with petroleum diesel as well, but the issue is availability. There’s much less U.S. production of renewable diesel than biodiesel. Combining the fuels help fleets increase the amount of renewable fuel they can access and often provides lower carbon intensity than the renewable diesel can by itself. And all of these blends work in all existing diesel vehicles.

Whatever fuel is being used, its full lifecycle should be taken into account when considering its environmental impact. This is what California does as part of its progressive climate policies, and the state has determined that biodiesel and renewable diesel are two of the most sustainable fuel options.

This is one reason California fuel distributors and fleets have embraced biodiesel. From the first year of the state’s Low Carbon Fuel Standard in 2011 through 2019, biodiesel usage grew 1,588 percent.

The cumulative reduction in GHG emissions in that period was 9.3 million metric tons of CO2 which is equivalent to an average passenger vehicle driven 371.76 lakh kilometers, or 46.72 lakh kilograms of coal being burned. Biodiesel is widely used beyond California’s borders, though. Among the other states with the highest biodiesel usage are Texas, Louisiana, New York, Minnesota, Illinois, and Oregon. Biodiesel consumption increased by 597 percent in the U.S. over the past decade, which is impressive but more could be done.

The other part of the equation that makes biodiesel blends a great option to start reducing emissions immediately is that they can be used in existing diesel vehicles. No new equipment is needed. Also, fuel retailers and private fueling locations can use the same infrastructure they already had for traditional diesel.

This ease of adoption is important because the nation’s medium- and heavy-duty fleets still overwhelmingly run on internal combustion engines. For example, 97 percent of Class 8 trucks (think: semi-trucks) relied on diesel fuel in 2019 and these trucks will be on the road for years to come.

Another factor is that even some ardent supporters of EVs acknowledge that electric medium- and heavy-duty vehicles are much further from reality than electric passenger vehicles, and in some trucking applications, electricity may not be practical for decades, if ever.

Long-haul truckers, for example, often travel more than 600 miles a day, beyond the range of existing battery technology. Battery weight and the amount of space they take up is another concern for haulers, where vehicle weight and cargo capacity are critical to profitability.

A call to action

None of this should be misunderstood as an argument for inaction or for not continuing to explore the use of electric trucks. No single transportation energy source is a panacea for climate change, and Renewable Energy Group supports an integrated energy management approach in which fleets explore all options that meet their specific needs.

What we are calling for is urgent action. Please do what you can to encourage fleets to reduce their harmful emissions immediately by using more of the lower-carbon fuels that are available.

By starting to save today, we can have the biggest beneficial impact on the climate crisis that deserves our full attention right now.

Google Partners With U.S. NOAA For The Environment And Climate Research